The saga continues… ha! But seriously, I’m ready for volume 9 and I wish I didn’t have to wait until October for its publication.

The family drama continues as Hazel and her parents try to survive in the midst of a chaotic universe. The social commentary in Vaughan’s work combined with Staples’s amazing artwork  make this a series not to be missed. I’d definitely recommend Saga if you haven’t already picked it up. Sure, there are parts that are graphic, but there’s so much packed into each volume!

This graphic novel follows members of the “new” original series from alternate realities in multiple unexpected forms. For example, Kirk shows up as a plant in one reality and a woman (Jane Kirk) in another. The paths of characters from different realities intersect in different plots (e.g., plant Kirk might have been paired up with male Uhuro in a storyline). It was a little hard to follow sometimes, but interesting to see the characters in different forms. For fans of Star Trek.

Well, I apparently read this volume about three years ago… I’m glad I read it again, though! It was so fun getting back into Saga after an unintended hiatus. We still have the same cast of characters, people are trying to stay alive, others are trying to kill… This would end up being spoiler-y for anyone that isn’t as far in the series or who is considering picking it up. For all three volumes in this post I’ll just say that Vaughan and Staples continue to work their magic. It looks like volumes 8 and 9 have moved up in my TBR pile 🙂

I’m a devoted Erdrich fan and will read anything that she writes. Future Home of the Living God veers away from what you would typically expect from Louise Erdrich; it’s a dystopian novel with a different vibe from what she normally produces.

There’s a lot going on in this book so I pulled the following summary from Goodreads:

The world as we know it is ending. Evolution has reversed itself, affecting every living creature on earth. Science cannot stop the world from running backwards, as woman after woman gives birth to infants that appear to be primitive species of humans. Twenty-six-year-old Cedar Hawk Songmaker, adopted daughter of a pair of big-hearted, open-minded Minneapolis liberals, is as disturbed and uncertain as the rest of America around her. But for Cedar, this change is profound and deeply personal. She is four months pregnant.

Though she wants to tell the adoptive parents who raised her from infancy, Cedar first feels compelled to find her birth mother, Mary Potts, an Ojibwe living on the reservation, to understand both her and her baby’s origins. As Cedar goes back to her own biological beginnings, society around her begins to disintegrate, fueled by a swelling panic about the end of humanity.

… a moving meditation on female agency, self-determination, biology, and natural rights that speaks to the troubling changes of our time.

The novel comes across as a response to Margaret Atwood’s The Handmaid’s Tale, which has been noted by a number of reviewers. I appreciated the story but this isn’t an Erdrich title I’d classify as a favorite. Unique and timely, given our political climate, I appreciate this different literary styling from an author that I love.

I grabbed this off the shelf at my public library because it caught my eye and I’d been wanting to check it out; especially since one of my co-workers, Kelly, was a fan of the series. Brian K. Vaughan, the author, is also the mastermind behind the graphic novel series Saga (which, if you haven’t read you’ve no doubt heard about). He has such a way with crafting stories that you’re always intrigued to see where he’s going to take you next. This remains the case in Paper Girls. It was so far from what I thought it was going to be… but it captured my interest and I’m so curious to see how he ends things!

Paper Girls, Vol. 1 takes place in the late 80s and introduces us to a group of four pre-teen girls who each have a newspaper delivery route. They meet up early in the morning on November 1 and notice that things are a little “off.” They try to get to the bottom of things but find they don’t really have any frame of reference for what’s going on. I saw a review that mentioned this would be an ideal read for fans of the Netflix show “Stranger Things.” I definitely agree.

I can’t really say much about this one because I don’t want to ruin volume 1. Just know you’re following the girls as they continue on their journey to try and figure out what happened that fateful morning of November 1. 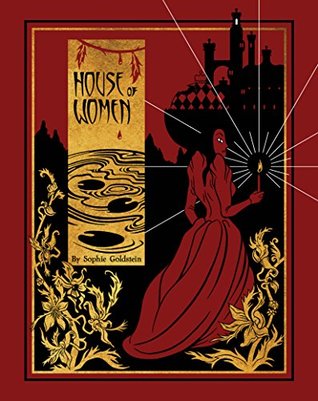 In this black and white graphic novel, four women go to a planet to help civilize the natives who live there, particularly the children. The natives, who look part Grinch, part human, do not speak the women’s language, except young Zaza. The women aren’t prepared for an unexpected transformation that occurs when the young natives, including Zaza, hit puberty that could endanger their lives. A man living on the planet who seems human, but strangely has four eyes, provides understanding of the natives, but has also formed a sexual bond with them.

The book leaves unanswered questions, including information about the man’s past and the fate of the natives and the women, perhaps leaving it open to a sequel! I recommend House of Women for a quick read for fans of science fiction and graphic novels.

This classic text stands up each time I read it and I feel like I get something new out of it every time. I had to re-read Flowers for Algernon for a class that is discussing the text and while I wasn’t necessarily eager to read it again I quickly found myself sucked back in to the story.

Originally published as a short story this book follows Charlie, a man in his early 30s who is mentally disabled. He has always been motivated to try and learn so he can “be like other people” and it was because of this motivation that his teacher suggested him as a good candidate for an experiment at a local college aimed at increasing intelligence. After the surgery we see the changes in Charlie through the text of progress reports he submits to the professors in charge of the experiment.

There are more changes in Charlie than just what we see on the intellectual front. He is also tapping into his past and how his family affected him and led him to where he came to be in the present day. The book tackles a lot issues with an emphasis on humanity and respect. It’s a heart-breaking book and while there are dated aspects to it (and a few things that led me to raise my eyebrows) I think it’s a valuable text that prompts good reflection and discussion.

Strange classic that holds up.

When the English Fall by David Williams
(Algonquin Books, 2017, 242 pages)