Manual on guitars and knives. 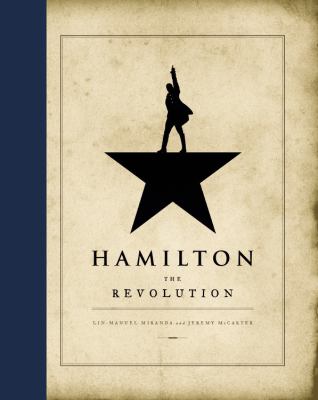 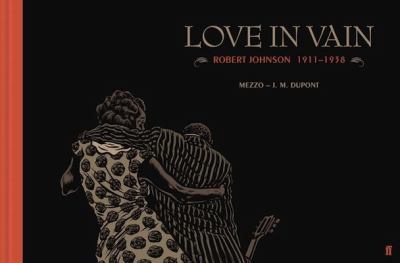 I listened to the audiobook, A Natural Woman: A Memoir, written and read by multi award-winning singer/songwriter, Carole King. With the national tour of the Broadway musical about King’s life, Beautiful, coming to St. Louis in February, I thought I would check it out. In the 1960s, King co-wrote hit songs with husband Gerry Goffin, such as Aretha Franklin’s “(You Make Me Feel Like a) Natural Woman,” The Shirelle’s “Will You Love Me Tomorrow,” Bobby Vee’s “Take Good Care of My Baby,” the Chiffon’s “One Fine Day,” and Little Eva’s “The Loco-Motion.” Little Eva was King and Goffin’s children’s babysitter, and after the song became a hit, they had to find a new babysitter! It was interesting to learn the stories behind many of these songs and about how a record was made in the studio. The book spans several decades, and King spends a good amount of time talking about the culture of the 60s, which made for an interesting history lesson. King began a successful solo career in the 1970s, especially with her number one album Tapestry, containing the songs “I Feel the Earth Move,” “It’s Too Late,” and “So Far Away.” James Taylor had a number one hit with King’s “You’ve Got a Friend.” The book contains details about the making of Tapestry and about her long-time friendship with Taylor.

In addition to the music, King talks extensively about her personal relationships. She was married four times, once to a husband who physically abused her. There were other significant relationships, too, and it was sometimes hard to keep track of which one she was talking about!

One surprising thing I learned is that King is also an actress, having starred on Broadway and in the TV show Gilmore Girls.

Listening to King read about her life made me feel a personal connection to her. When she talked about meeting celebrities, she often reported feeling star-struck. Similarly, I would think, “Wow, I can’t believe she got to hang out with John and Yoko!” Then I remembered how famous she was herself. Periodically King breaks into song, and it’s nice to hear her voice so raw and vulnerable without instrumentation.

Carole King has won many prestigious awards over the years, most recently the 2015 Kennedy Center Honors. I highly recommend A Natural Woman: A Memoir, especially if you’re planning to see the national tour of Beautiful.

Punk Rock and Trailer Parks by Derf is a graphic novel set in Akron, Ohio in 1980. It’s the story of a group of high school boys led by Otto, the one guy with a car with a backseat floor that flies up upon acceleration. Despite being bullied in his early years, Otto has gained a healthy sense of self-esteem and refers to himself as The Baron. The story follows the boys’ obsessions with girls and music, with much of the story set in a club called The Bank, exploring the beginning of the punk rock scene. Otto ends up getting a job at The Bank and chauffeuring around soon-to-be-famous punk rock artists, including The Ramones, and eventually singing lead in a band, as his popularity soars. This quick read kept my interest, but it’s probably not for everyone, unless you don’t mind teenage boys’ obsession with sex mixed with some punk rock history.

I listened to the audiobook of Kicking & Dreaming: A Story of Heart, Soul, and Rock and Roll, the autobiography of Ann and Nancy Wilson of the band Heart. Since the 1970s, Heart has had 27 different band members but has always been fronted by Ann Wilson on vocals and her younger sister, Nancy, on guitar. At age 63, Ann and the band are still going strong touring, and were inducted into the Rock and Roll Hall of Fame last April.

The story starts with their family life as children of a Marine father. Ann had a stammer, but discovered singing as a way to overcome it. In the late 1960s, some musicians got together to form a band in Seattle that took on many names. Ann Wilson joined the band in the early 70s when it was called Hocus Pocus. A couple of years later it became known as Heart. After dropping out of college, Nancy joined in 1974. The Wilsons have endured a great deal of sexism over the decades as female pioneers of rock, but they have persevered and paved the way for other female musicians.

Some of the stories about changes in managers and band members and overall band drama were a little boring, but the personal stories shared by Ann and Nancy were interesting. They both adopted children, and Nancy was married to film director and writer Cameron Crowe for 27 years. I would recommend this book to fans of Heart. With knowledge of the band’s background and the lives of Ann and Nancy Wilson, I think I will enjoy their concert in St. Louis in August even more.

Remembering Whitney: My Story of Love, Loss, and the Night the Music Stopped
by Cissy Houston
(HarperCollins, 2013, 297 pages)

Honest and heartbreaking, a mother’s story of tears, joy, and her greatest love of all—her daughter, Whitney. On the eve of the 2012 Grammy Awards, the world learned of a stunning tragedy: Whitney Houston, unquestionably one of the most remarkable and powerful voices in all of music, had been silenced forever. Over the weeks and months that followed, family, friends, and fans alike tried to understand how such a magnificent talent and beautiful soul could have been taken so early and so unexpectedly. Glamorous and approachable, captivating and sweet, Whitney had long ago won the hearts of America, but in recent years her tumultuous personal life had grabbed as many headlines as her soaring vocal talents. Her sudden death left behind not only a legacy of brilliance, but also painful questions with no easy answers.

I was and still am a big fan of Whitney Houston, so I was really looking forward to reading her mother’s book and learning more about Whitney (Nippy) the person more so than Whitney the entertainer.  Her mother wrote a very insightful book.  I truly enjoyed it.  She didn’t make Whitney out to be the perfect daughter.  In fact, she stated Nippy could really be something to deal with.  But, she also pointed out that Whitney had a heart of gold and would help out anyone in need and gave generously of her time, talent, and money to different organizations around the world.  She pointed out that her and Whitney didn’t always have the best of relationships but that the love they had for each other was always there. It was a very candid, poignant read! It made me laugh, it made me cry and, most of all, it made me appreciate ‘Nippy’.

Remembering Whitney is a heartwarming story written with love and honesty. Cissy Houston told her story from the heart of a mother. She kept it real telling the good times and the hard times. I understood Whitney more as a person after reading this book. I also felt for Cissy because you do the best you can for your kids and the world can still get a hold of them.  At the end of the day whatever the world thinks about Whitney, after reading this book, I sure know one thing, that Whitney loved the Lord. A must read for all Whitney fans. Much respect to Ms. Cissy Houston.