So many people highlighted this collection of essays as one of their top humorous reads that I gravitated toward it after realizing I needed a break from all the negativity in the news. Irby is a talented essayist who is able to tackle topics you wouldn’t expect with an openness and sense of humor you have to appreciate. We explore her romantic history, her family life, job performance, her “hate” relationship with her cat, her physical limitations… there’s a lot of sass in this book and there is a bitter edge to her humor that you need to kind of gird yourself for.

It wasn’t the laugh-out-loud book I was hoping for, but I certainly had more than a few audible chuckles while reading. Irby doesn’t keep much back so if you decide to grab this well-blurbed book (praise from the likes of: Roxane Gay, Lindy West, Jenny Lawson, Rainbow Rowell) know that the content and language is in R-rated territory 😉

This is the second title up for discussion by the SCC Between the Covers book club. Prior to picking this up I was familiar with Lindy West thanks to her Op-Ed pieces in the New York Times as well as the work she did prior to that on Jezebel. I initially approached this book as a collection of essays but had to recalibrate when I came to the realization it was a memoir. That helped explain why it seemed like the book progressively got darker. Granted, I laughed throughout as I was reading, but there were some sections that were significantly more humorous than others.

West covers a lot of ground in this book. It’s more than just a memoir; it talks about body image, rape culture, relationships, loss, the world of comedy, online trolling… and she does it all in a way that makes the heaviness of the subject matter seem almost “bearable.” While I was reading I found myself comparing her work to some of Roxane Gay’s essays that touch on similar issues and it was interesting to think of how their tones come across differently.

I’m glad this was our March selection for book club and I’m glad it got me to read more of Lindy West’s work (specifically her writing in The Guardian). If you want to hear more I guess you should come to the book club discussion on 3/28! 😉

One of my favorite co-workers, Kelly M, convinced me to pick up this graphic novel. I’d been hearing about it off and on but I wouldn’t necessarily have gone out of my way to pick it up for myself. Then Kelly pitched it and I figured I’d give it a shot.

This satirical interpretation of The Flintstones was entertaining and hit on a lot of issues you wouldn’t anticipate finding in a graphic novel about this classic t.v. show. You can check out a more in-depth review on Slate. Just know that I plan on seeing where they take the rest of the series 🙂 This was a quick read with surprising depth.

A chaotic class trip to DC starts on the plane ride there, when an 8th grader named Wyatt and his friend Matt are convinced that these two suspicious men are carrying a detonator to possibly blow up the White House. They decided to take matters into their own hands (literally) and a few fellow classmates get involved. Are they going to be able to save the day? 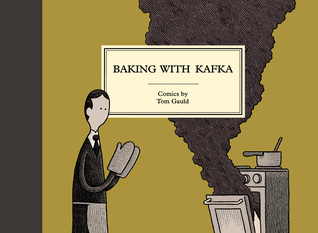 This fun collection of comics caters directly to book-lovers and English professors. I enjoy Gauld’s artistic style and dry humor and I’ve already started looking into his past work. There were a number of comics in Baking with Kafka that I wanted to rip out and post around my office and/or send to friends. I’d recommend this to anyone who has an appreciation for literary-based humor. 😉

Just to get a taste for a taste of his work: 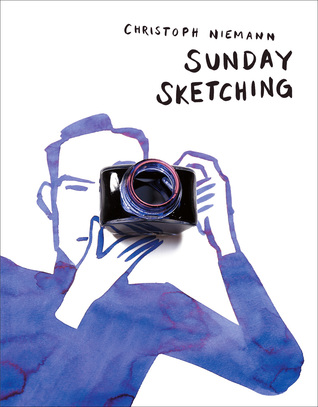 I follow Niemann on Instagram and didn’t realize how familiar I was with his work until I noticed how frequently his art appears on the cover of The New Yorker. There’s a lot of humor in his work and it makes me happy. In addition to being a collection of some of his pieces, Sunday Sketching also talks about how Niemann tackles the creative process. It was an interesting and quick read that only left me wanting to actually purchase the book for my collection and acquire his art for my walls.

This is a fun read for people who appreciate art/illustration and want insight into how this particular artist approaches life as a creative.

And for fun, here’s a taste of his Niemann’s artwork (all pulled from his website: http://www.christophniemann.com). You should also check out “The Gummi Bear Chronicles” on the New York Times’s Abstract Sunday blog – just because I like it ;).

Silver Screen Fiend: Learning About Life from an Addiction to Film by Patton Oswalt
(Scribner, 2015, 222 pages)

Life fit in around movies.

All Grown Up by Jami Attenberg
(Houghton Mifflin Harcourt, 2017, 191 pages)