Thomas Moore is best known as an intellectual and political figure that ran afoul of King Henry VIII. Beyond his conflict with and execution by Henry, Moore is an important figure bridging the gap between medieval and modern Europe. Betteridge offers a close reading of Moore’s most important political and religious writings, as well as many late medieval texts that help to contextualize Moore’s work. This is a very helpful book for those interested in the intellectual climate of Tudor England.

You come to Paul Kalanithi’s book, When Breath Becomes Air, knowing that it’s going to have a sad ending. Paul was a neurosurgeon at Stanford who was diagnosed with terminal lung cancer. Suddenly he transferred from the role of doctor to that of patient and recognized that his previously abstract way of understanding death had suddenly become very real.

After the diagnosis Paul made the decision to begin writing this book, in addition to making the decision to become a father. Paul doesn’t shy away from his life simply because his death is imminent. As a doctor he was always facing how close death is to all of us but the inevitability of death can’t keep you from living the life you you want.

This book definitely made me think, and tear up while I was reading it. Facing your mortality is something we’ve become conditioned to try and avoid. Death is scary. Especially when you consider what and who you’ll be leaving behind. The part that got to me most was when Paul wrote about his daughter and what he wanted her to know about the role she played in his life even though their time together was almost unbearably brief.

This small, contemplative book will definitely keep you thinking about it long after you finish. It’s obviously not a light read, but it is a good one.

The poems in The New Testament deal with themes of family, friendship, ethnicity, and sexuality. Brown wrestles with the biblical tradition, reinterpreting the stories and the language of the Bible to create a truly new testament or witness to life. “Hebrews 13” contains some beautiful imagery, as Brown describes a time when “My lover and my brother both knocked / At my door like wind in an early winter”:

Here and elsewhere, the imagery is a powerful reimagining of a scriptural text. I also love the rhythm of these poems, especially “Host,” which pokes fun (I think) at the superficiality of online hookups and reads like a freestyle rap.

At the outset of the novel, Tony Webster reflects that “what you end up remembering isn’t always the same as what you have witnessed” (3). The Sense of an Ending is Tony’s attempt as an older man to sort out what he remembers of his younger days from what he actually witnessed. In the first half of the book, Tony thinks back to key events involving the friends of his teenage and college years (with many qualifications about the unreliability of his memory). In particular, his relationship with Veronica, his college girlfriend, is the source of many the weightiest and most troubling memories of his early life.

Now divorced, retired, and seemingly content with this life, Tony finds events and people from his past once again pressing into his life. This causes him to scrutinize the memories he has long taken for granted. In this second half of the book, unexpected circumstances lead Tony to reinitiate contact with Veronica. As he learns the circumstance of her life, he is given cause to reevaluate their entire shared history.

As Barnes reflects on the nature of time and memory, he captures the malleability of remembrance and the fluctuations of time. The story is concisely and simply told, with no real earth-shattering occurrences. However, Barnes maintains a dramatic tension which gives the story a sense of mystery and urgency right from the first page. I’m looking forward to Barnes’ most recent novel, The Noise of Time.

Ryan Dean West is a 14 year old high school Junior. He attends Pine Mountain Academy, a boarding school with students whose families have the kind of money you would need to send your children to boarding school. Even though Ryan Dean is constantly struggling with his “outsider” status (being the youngest in your grade will do that to you) he’s found his place on the school’s rugby team. He’s made some great friends from the team and he’s on the varsity starting line-up.

One of the main things Ryan Dean is struggling with are his feelings for his best friend, Annie. She’s also a Junior but she has two years on him and he’s convinced she’ll only ever see him as a little kid. While Ryan Dean battles with these feelings he’s also dealing with lots of other things that will impact his life and the way he sees himself in ways he never could have imagined.

This was a really good book. I laughed out loud a number of times while I was reading it and I see why so many people gave it such good reviews. The chapters are short which makes the book read quickly and there are comics interspersed in the text, drawn by Ryan Dean to “accurately” depict what he’s thinking or sharing with others. Don’t go into this thinking it’s all fun, though, because there are some serious issues brought up. If you’re into YA or have a teen in your life, this is definitely a book I’d recommend.

Black Magick Vol. 1: Awakening is the first five issues of a crime series mixed with the occult. Rowan Black is a detective, but she’s also a witch. The latest crimes in Portsmouth seem to be linked to her and her identity, but she can’t reveal this to her colleagues. With the help of a fellow witch, she tries to unravel the clues to find who is responsible for the murders and who know so much about her.

This is a great story which I read in one night (not like me). I have been reading the Lazarus series, also by Greg Rucka, which I love, so I had high hopes for this one. It did not disappoint. The coloring is also interesting. Most of it is black and white (or sepia and white) with touches of color on some pages. I don’t usually prefer black and white comics, but with the excellent shading and pops of color, I didn’t even notice until halfway through the book. Good story + cool art = high recommendation from me. I look forward to the next five issues! 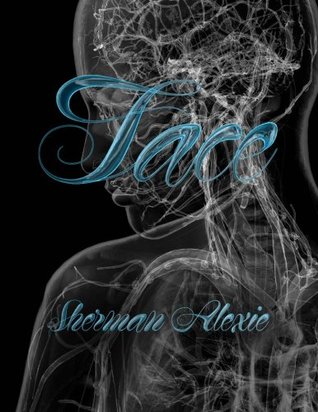 I love Sherman Alexie. He’s one of a select few authors whose work I will always pick up. During National Poetry Month I had placed this book on display but then couldn’t resist checking it out. Alexie’s poetry easily shifts between humor and poignancy. He doesn’t think you have to sacrifice one to have the other.

I ended up reading a lot of these poems aloud simply because Alexie’s style lends itself to wanting to hear his words spoken. Now it’s hard to resist going and picking up more of Alexie’s work because it felt like I finished Face too quickly. I’ve got What I’ve Stolen, What I’ve Earned waiting for me…

I highly recommend any of Sherman Alexie’s writing. If you do decide to pick up this poetry collection a few of the poems that I really enjoyed are: “Inappropriate,” “Vilify,” “The Blood Sonnets,” “The Seven Deadly Sins of Marriage,” “Scarlet,” “Song Son Blue,” “The Gathering Storm,” “Gentrification,” “Grief Calls Us to the Things of This World,” “Bird-Organ,” “Small Ceremonies,” “On the Second Anniversary of My Father’s Death,” “Size Matters,” and “Unauthorized.”

I was lucky enough to receive an advanced reader’s copy of Sweetbitter. There has been a lot of buzz about this title, and it was certainly well-written. Set in New York we come to the city along with our protagonist, Tess. A young woman from the Midwest, Tess feels like she can finally embrace the future she’s envisioned for herself. She is pleasantly surprised when she’s offered a job at one of the top restaurants in New York. She starts low on the ladder but she is quickly taken under the wing of Simone (a server who has been at the restaurant for decades) and just as quickly Tess finds herself falling for the distant but appealing bartender named Jake.

Jake and Simone have a unique relationship and as Tess tries to find her place with the two of them, the reader learns the ins and outs of the restaurant business along with her. I think Danler does a great job catching the inner workings of the restaurant scene. It wasn’t as food-focused as I’d thought it would be, but Danler did an amazing job depicting the excitement of the world of wine.

Look for more buzz this month – the book has a pub date of May 24th.

Career of Evil is the third Cormoran Strike novel by Robert Galbraith. In this novel, a women’s severed leg is delivered to Strike’s office and addressed to his assistant, Robin Ellacott. Strike can think of four possible suspects who might have committed this crime. Strike and Robin try to track three of the four suspects, leaving the fourth for the police to investigate.

Career of Evil is grisly, gross, and gruesome, but I had to finish the novel. It kept me guessing. Any of the suspects could have committed the crime. The clue that Strike used to solve the crime reminded me of an Agatha Christie clue. Most readers are not going to recognize the clue or its significance.

Robert Galbraith (aka J. K. Rowling) does an excellent job in Career of Evil of filling out Strike’s and Ellacott’s back stories. It makes me wonder if there is more to know. Although this novel was sickening, I will be eagerly awaiting the next Cormoran Strike novel.

You can also check out reviews of this title from Julia and Theresa.